Grete Wendt designed this music box in February 1928. The famous pilot Charles Lindbergh, who in 1927 was the first person to fly solo across the Atlantic, was one of Grete Wendt’s famous admirers. To mark the birth of his second child, he ordered this music box. Another one stood in the study of the filmmaker Walt Disney – alongside other collector’s items from Wendt & Kühn. 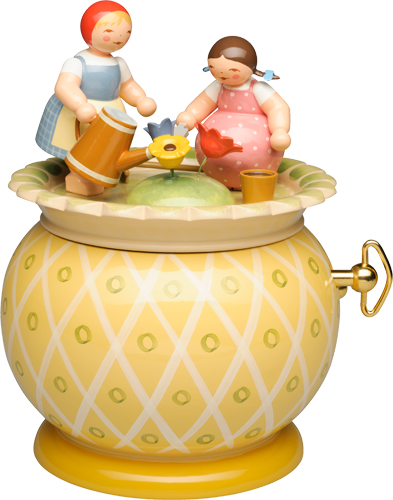 Whether Grete Wendt was enjoying working on her flowerbeds when she had the idea for the design of this music box remains a secret. What is well known is that she loved flowers.

This is how to make gardening fun: while the cheerful gardeners are diligently tending their fl owers and beds, they are accompanied by the gentle sounds of the high-quality Swiss 18-note musical movement. The melody “Ward ein Blümlein mir geschenket” (a German folk song about the joy of the garden) fits the scene perfectly. 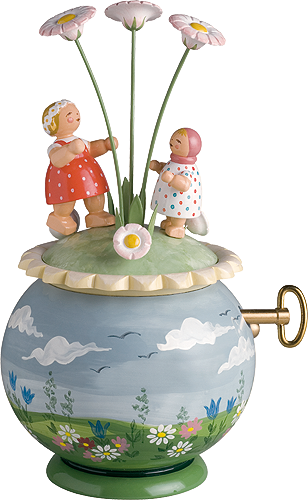 The first new flowers, soft green grass and a bright blue sky – this is how we imagine a spring day. This idyllic scene not only exists in our imagination, it has also been immortalized on the body of the Music Box “Round Dance” by painters in the music box paint shop, including some 50 flowers in pink, red and blue. And of course white Marguerites – the favorite flowers of Olly Wendt. 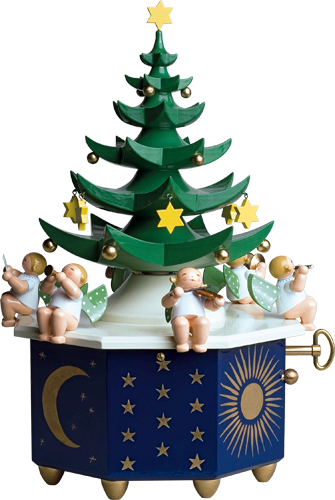 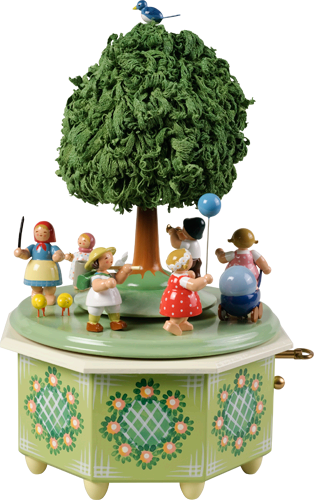 This music box with the impressive tree was designed by Grete Wendt in 1925/1926 and has remained in the collection ever since. Even the Swedish royal family owned one. In 1999, it achieved further renown when, to mark the 650th anniversary of the village, a large copy of it was erected in the center of Grünhainichen, close to our manufactory. Since that time it has delighted young and old alike. 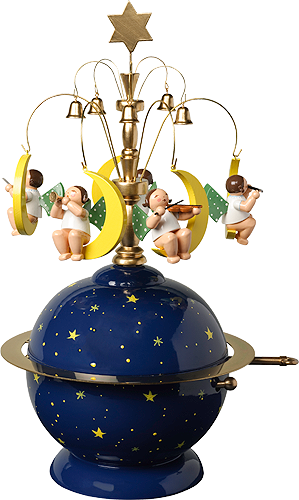 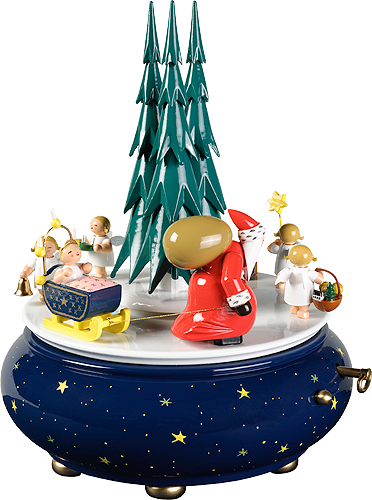 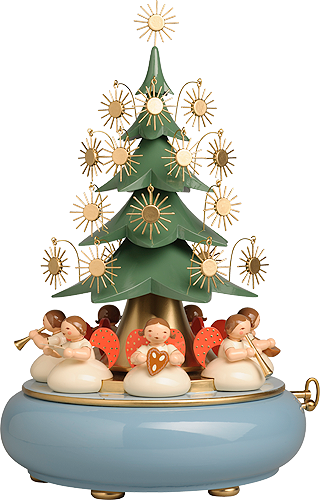 Music Box with Angels sitting under the Tree, with 36-note Musical Movement 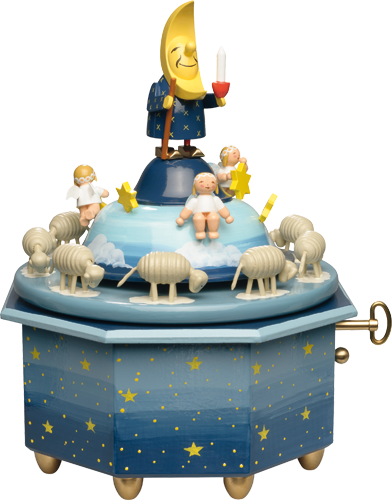 Height 22 cm / 8.75 inchMelody: “Who has the most beautiful little sheep?” (traditional German lullaby)

Nine little sheep revolve slowly around a good-natured Father Moon as he watches over them dressed as a shepherd in blue robes. The question posed by the music box’s melody, “Who has the most beautiful sheep?”, finds an easy answer in this imaginative composition. The sound of the 36-note Swiss musical movement calms you down, rocks your children to sleep and affords moments of pleasant relaxation.

The body of the music box that first appeared in the 1930 catalogue was originally decorated with a landscape. Later, as in the current edition too, it was painted with golden stars on a blue background. At the request of many Wendt & Kühn fans, the music box returned to the collection in May 2016, accompanied by the “Moon Family” group of figurines. 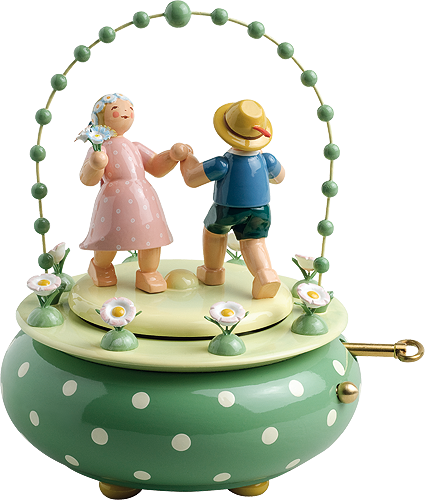 Grete Wendt first came up with the design for the Music Box “Two Dancers in the Garden” in 1956, much later than most of the others, which were conceived in the 1920s and 1930s. The two dancers sway to the tune of the world-famous Waltz of the Flowers from Tchaikovsky’s Nutcracker played by the 36-tone Swiss-made music works. 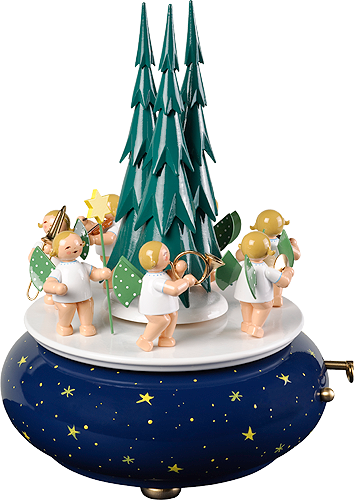 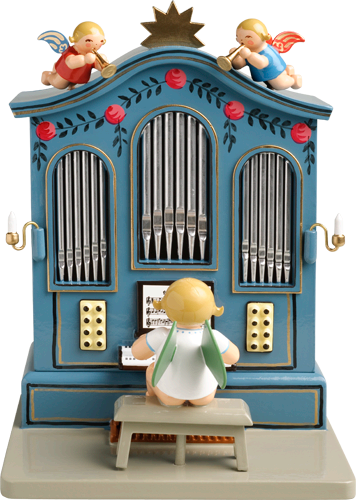